A History of Leadership at NCT 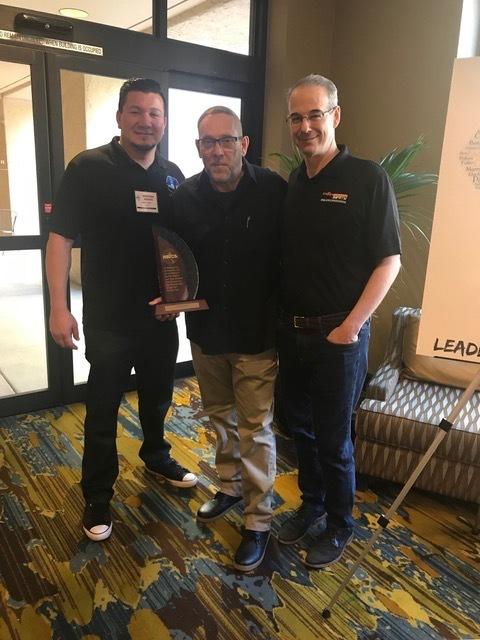 Steve McCoy is enjoying the 27th year of his remarkable career while having already carved an indelible mark in the Union’s history: He is the longest-serving FacRep.

McCoy has been a FacRep for 22 years. He was the first FacRep of Northern California TRACON (NCT), which was opened in 2002 after four different TRACONs of varying pay levels were combined into one. Prior to working at NCT, McCoy worked for the first 10 years of his career at Bay TRACON and was a FacRep for several years there as well.

McCoy was born and raised in Long Island, N.Y. His wife, Roanna, is also a controller at NCT, and they have four kids: Kelsey, Katy, Madison, and Matthew. McCoy knew he wanted to be an air traffic controller since his youth. “My father was a volunteer fireman in Coram, New York, (on Long Island) and many of the volunteers were also PATCO controllers,” he said. “I actually worked for one of them who had a carpet business, and I grew up hearing their stories and knew right away what I wanted to do with my life.” McCoy joined NATCA without hesitation, the first day he walked in to Bay TRACON.

McCoy became involved with NATCA at the urging of some great mentors at Bay TRACON, specifically Bernie Reed, who was on NATCA’s first contract team.

“I have been involved in labor relations, legislative issues, facility consolidations, training, and just about anything else our leadership has asked me to do,” he said.  Because of his mentors, McCoy encourages everyone to jump in with both feet. “Do not let anyone tell you no. Our Union is strongest when differing opinions and ideas are brought to the table. Let your voice be heard.”

In addition to working with NATCA, McCoy enjoys golfing and previously being the team manager for his son’s soccer team. His favorite band is Metallica and he enjoys watching his preferred sports team, the Notre Dame Fighting Irish.

One piece of advice he offers to all members is to be nice to each other.

“Have elections, speak your minds, and bring your ideas to the table, but when all is said and done, we are family,” he said. “Don’t hold grudges with each other and assume positive intent.”